Awk is a powerful Unix tool. Its name derives from the surname initials of Alfred Aho, Peter Weinberger, and Brian Kernighan who originally designed it at Bell Labs in 1977. The program has a different version and implementations. A commonly used one is the gawk from the GNU (http://www.gnu.org/s/gawk/). According to the definition of one of its developer, Alfred. V. Aho: “AWK is a language for processing files of text. A file is treated as a sequence of records, and, by default, each line is a record. Each line is broken up into a sequence of fields so we can think of the first word in a line as the first field, the second word as the second field, and so on. An AWK program is a sequence of pattern-action statements. AWK reads the input a line at a time. A line is scanned for each pattern in the program, and for each pattern that matches, the associated action is executed.”

END_OF_DOCUMENT_TOKEN_TO_BE_REPLACED

Shell commands can be combined in scripts files that perform complex actions. In the following, a very short introduction to the csh (and tcsh) shell programming is given. For other types of shell, the reader can consult comprehensive textbooks dedicated to this argument reported in the reading list at the end of this appendix.

END_OF_DOCUMENT_TOKEN_TO_BE_REPLACED

Linux is a free and open source operative system (OS) derived from the Unix OS. It is created by Linus Torvalds. Initially, it was developed for personal computer but now it is diffused on almost all the existing computer architecture. The OS is freely available in different software distribution assembled by commercial or public companies. These distros regularly release freely available open-source Linux distributions in the form of a downloadable CD, DVD or even memory stick bootable images for the easy installation and customization. The reader is recommended to try to install her own version of Linux using one of the distributions (see a list at the end of the chapter). For scientific applications, the Scientific Linux is recommended since it is customized for the use in academic and research institutions and contains most of the open source scientific packages.

In this chapter, only a short introduction to the operative system Linux is provided. The reader is encouraged to deepen her knowledge on the topic by consulting more detailed tutorials or books guide suggested at the end of the chapter.

END_OF_DOCUMENT_TOKEN_TO_BE_REPLACED 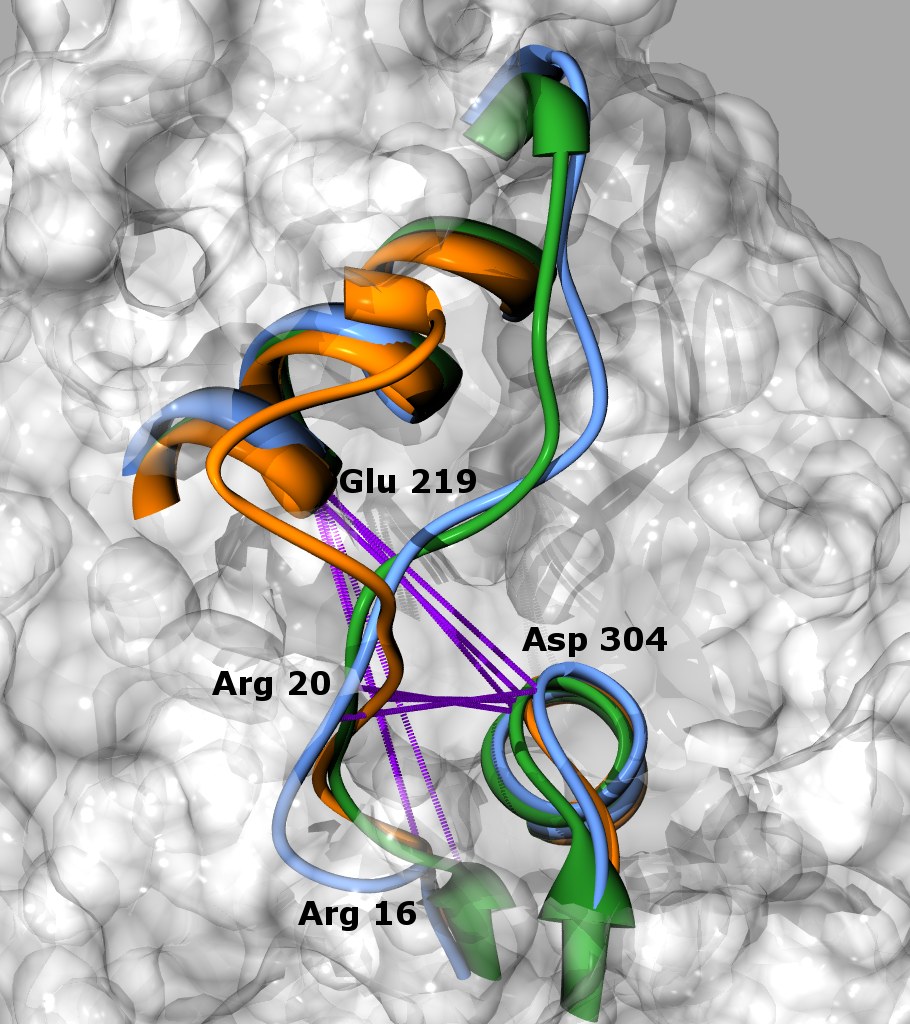 Chemical environment (pH, salts, co-solvents) plays an important role in the stabilization of secondary structure forming peptides and proteins in solution. The presence of co-solvent in aqueous solution can increase the structural stability as well as to promote denaturation or conformational changes. END_OF_DOCUMENT_TOKEN_TO_BE_REPLACED

The recent progress on time-resolved optical spectroscopy and FRET techniques have opened new exciting perspectives to the understanding the short timescale dynamics of peptides in solution. In fact, experimental data provided by these measurements can be directly compared with the results of computer simulations. END_OF_DOCUMENT_TOKEN_TO_BE_REPLACED

Peptides are versatile molecules with applications spanning from biotechnology to nanomedicine. They exhibit a good capability to unbundle carbon nanotubes (CNT) by improving their solubility in water. Furthermore, they are a powerful drug delivery system since they can easily be uptake by living cells, and their high surface to volume ratio facilitates the adsorption of molecules of different nature. Therefore, understanding the interaction mechanism between peptides and CNT is important for designing novel therapeutically agents. In this paper, the mechanisms of the adsorption of antimicrobial peptide Cecropin A – Magainin 2 (CA-MA) on a graphene nanosheet (GNS) and on an ultra-short single-walled CNT are characterized using molecular dynamics simulations. The results show that the peptide coats both GNS and CNT surface through preferential contacts with aromatic side chains. The peptide packs compactly on the carbon surfaces where the polar and functionalize Lys side chains protrude into the bulk solvent. It is shown that the adsorption is strongly correlated to a loss of the peptide helical structure. In the case of the CNT, the outer surface is significantly more accessible for adsorption. Nevertheless when the outer surface is already covered by other peptides, a spontaneous diffusion, via the amidated C-terminus, into the interior of the CNT was observed within 150 ns of simulation time. We found that this spontaneous insertion into the CNT interior can be controlled by the polarity of the entrance rim. For the positively charged CA-MA peptide studied, hydrogenated and fluorinated rims, respectively, hinder and promote the insertion.